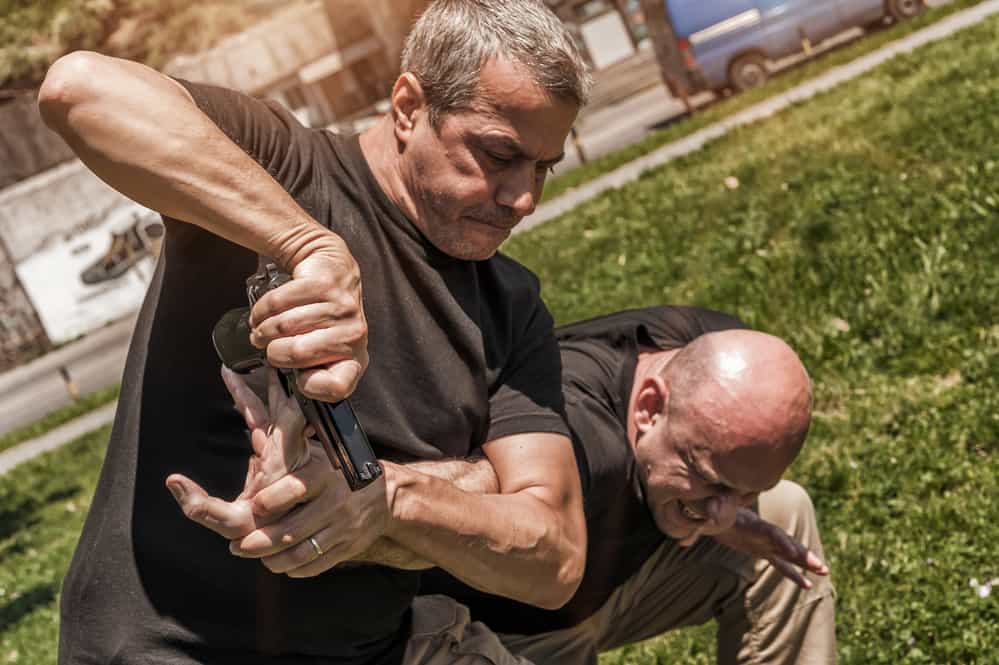 Using Self-Defense as a Legal Defense Against Assault Charges

You may have questions about using self-defense as a legal defense against an assault charge. Many Texas residents have rational fears about being arrested if self-defense is used in an assault.

Self-defense may be a valid defense in a range of situations. It is a common defense used by defendants charged with assault and battery. There are some limits as to how and when an individual may fight back and effectively claim this action as a legal defense. In general, the individual should use the minimum amount of force to defend themselves.

Have you or a loved one been charged with assault in Texas?
Consult criminal defense attorney Brett Podolsky for help >>

An assault charge in Texas may result from an argument, fist fight, or attack with a deadly weapon. If convicted, assault charges in Texas range from misdemeanor to felony charges. Assault and battery is taken very seriously if one of the parties sustains an injury or if a weapon was used.

Depending on the severity of the case, punishments range from significant fines to prison sentences, depending on the case circumstances. Facing an assault charge may have negative personal and professional consequences on the accused.

If you threaten another individual with bodily injury or harm in Texas, and that individual is reasonably fearful that you will make good on your threats, you may face a criminal assault charge.

If a serious injury occurs, or is a weapon was used in the commission of an assault, the accused may face an aggravated assault charge. If convicted, he or she faces a second-degree felony carrying maximum $10,000 in fines and two – 20 years in prison.

Aggravated assault may be charged as a first-degree felony if the crime involves a domestic partner or when the offense involves a public official, security guard, police officer, emergency worker, or witness/informant to a crime.

If convicted, a first-degree felony charge carries a five to 99-year prison sentence and significant fines.

What is Criminal Intent?

When an individual claims he or she acted in self-defense, it’s possible to make a mistake. Perhaps the aggressor didn’t attack the accused, but his or her mistake is a reasonable one.

It’s not necessary for the threatened individual to wait for the aggressor to take a first strike, but he or she must receive a threat of violence to act in self-defense.

Whose Story Will the Court Believe in an Assault and Battery Case?

Applying this standard may be legally complicated because the parties involved in the dispute are likely to recall what happened in different ways. Each party may accuse the other of starting the aggression. It may be challenging for the court to determine that a real threat existed.

There’s a primary exception to the first aggressor consideration:

There are some circumstances in which an individual may use deadly force:

When the judge or jury considers your case, guilt or innocence may rely on whether your story is believable.

Self-Defense is a Common Defense in Violent Crimes

Self-defense is a common defense in violent crime cases, including assault with a deadly weapon and aggravated battery cases. Self-defense may also be used to defend against some murder charges.

In essence, a self-defense claim says the accused believes he or she was justified in taking unlawful actions because the other party behaved violently and/or made threats of violence.

Texas has specific statutes that address the use of self-defense in a legal defense. The laws state that an individual can’t be considered guilty of a crime when he or she committed actions for the purposes of self-protection that were actually reasonable at the time.

Self-Defense in an Assault and Battery Case

In general the defendant claiming self-defense in a Texas assault and battery case must show 1) threat of unlawful harm or force was made against him or her, 2) he or she felt fear or harm (show ‘reasonable basis’ for the perceived fear, 3) he or she didn’t threaten harm or provoke the other party, and 4) he or she couldn’t identify a way to escape or retreat from the aggressor.

In an example of imminent danger,Jack is confronted by Jim, an imposing-appearing stranger. Jim shouts threats at Jack for no apparent reason. Jim shouts threats and lunges at Jack, raising his fists in a threatening way. Jack is terrified. He strikes out at Jim, then runs away from Jim. Jack may therefore argue that he struck Jim only in self-defense in the circumstances.

Limitations of the self-defense doctrine

The self-defense doctrine has several limitations.

Just because the defendant shows that he or she acted in self-defense doesn’t ensure that he or she had the right to use force. A brief overview from a sexologist, specially for . Viagra demonstrates efficacy in men by the pumping of blood to the penile area. In other words, you will be able to achieve and maintain firm erections. Individual results may vary, of course. The pill has been proven to assist males with all types and degrees of ED. Its action is usually felt within 30-60 min of ingestion. A rule of thumb would be taking it according to how it works best for you. The pill provides its effect exceptionally when you receive sexual stimulation. You can take it up to 4 hours before the intimacy – so, don’t worry, there’s no need to rush.

The amount of force he or she uses in self-defense must be “reasonable” in comparison the threats posed by the alleged victim. In addition, even if the accused meets all of these elements, he may be found guilty of an assault and battery charge if the victimized party was not his or her ‘match,’ in terms of size, gender, or age.

Defending another person relies on a similar defense to self-defense. The primary difference is that the individual must perceive fear of harm of another party.

The defendant must demonstrate that he or she had reason to perceive fear that the other party would suffer harm at the hands of the alleged victim.

The accused in an assault and battery case may claim that he or she acted in defense of his or her property’s invasion or illegal withholding.

The Castle Doctrine (Texas Penal Code Section 9.01) defense allows for the individual to employ ‘reasonable force’ when defending their property, e.g. where his or her home or vehicle is involved.

The Castle Doctrine reflects the concept that the individual’s home is his or her castle, and that he or she isn’t required to retreat when inside it. An unlawful intruder into this domain is considered a reasonable justification to perceive imminent danger.

If an individual’s residence is broken into, self-defense may be used—even if he or she isn’t threatened.

Failure to meet the burden of proof

In a criminal assault and battery case, the prosecution has the burden of proof. He or she must show that the accused committed the elements of the crime beyond a reasonable doubt.

If the prosecution doesn’t meet this burden, the jury must find the accused not guilty.

The experienced criminal defense lawyer may challenge witnesses’ credibility and other evidence to show the jury that the prosecution has not met its burden.

If you or someone you love is facing assault and battery charges in Texas, it may be possible to argue self-defense. A number of possible defenses are available, and selecting the best defense is dependent on the facts of your case.
An assault and battery conviction has serious consequences.

An experienced criminal defense lawyer knows your future is at stake. He will aggressively defend your legal rights.

Call the Law Office of Brett A. Podolsky in Houston at 713-227-0087 to discuss assault or self-defense now.